"PEOPLE WITHOUT KNOWLEDGE OF THEIR PAST HISTORY, ORIGIN, AND CULTURE ARE LIKE A TREE WITHOUT ROOTS."
-- Marcus Garvey 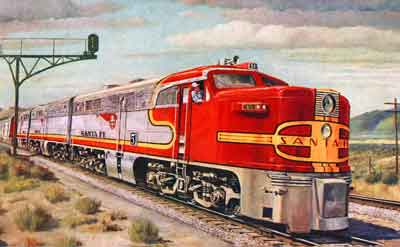 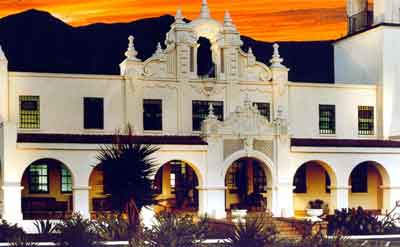 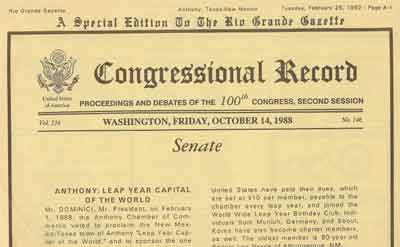 When the Santé Fe Railroad built its line in 1881, the station was placed on the Texas side and named La Tuna, which is Spanish for “prickly pear cactus”. A Spanish-speaking woman named Sabrina, who had a chapel on the New Mexico side which was dedicated to Saint Anthony of Padua, insisted on the name Anthony rather than La Tuna for the new town.

On May 1st, La Tuna Correctional Facility was opened. Then on June 5th, the town’s first postal office was opened.

The Town of Anthony becomes incorporated into El Paso County.

Leap Year Capital of the World.  Started by Mary Brown to honor leap year babies in Anthony, including her neighbor and friend Bettie Luis.